It is the most difficult phase of a woman’s life when she going through the loss of her life partner. She needs all kinds of support and even then she struggles to keep moving on. But, what happens when the people who are supposed to take care of you in that phase choose to abandon you from their lives? Yes, Nidhi Dubey, the wife of the late Army Officer Mukesh Kumar Dubey was abandoned by her in-laws and was thrown out of the house when her husband died all of a sudden from cardiac arrest. She was four months pregnant but it did not stop her in-laws to throw her away from their care in less than two days.

The Sagar resident returned to her parental home to her parents and went through depression. Life had been too unfair to this 25-year-old young lady. But she got a new ray of hope and was determined to find and live a better life when her son Suyash was born. Her husband’s seniors advised her to prepare for Services Selection Board (SSB) and join Army like her husband. While preparing for the exam at night she taught classes in the same Army school where Suyash was studying during her daytime.

She even worked for a company for a year and a half to provide for her child and herself and after five attempts her dedication and hard work paid off as she is starting her training in Chennai on the 3oth of September.

Now she is  playing role of mother , daughter and army officer. 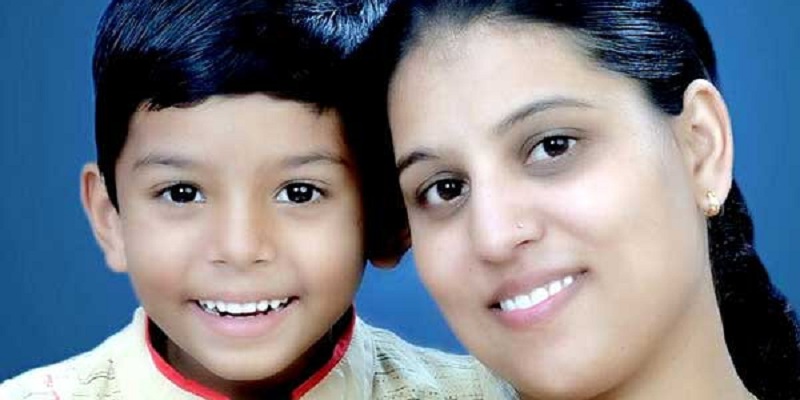