No doubt , the legal age for marrying girls in India is 18 years and for the boys is 21 years. There was a time in India , when child marriages were prevalent and at that age ,the couple is too young to understand the real meaning of this relationship called ,”Marriage” .Also, the girls are not biologically and physically mature & strong to bear a child at such an early age. But, as the time changed and so many social activists play a crucial role in decreasing the number of child marriages so ,that the children can get enough time to complete their studies & be totally self-dependent and girls especially be strong physically, emotionally and biologically to start their own families. Thus , the situation in India ,in this respect has shown a drastic change but still, in most of the states like Rajasthan, UP, Bihar etc child marriages (marriages at a very early age) have been a common happening

1) Ample time to bond & Love : Getting married young gives the opportunity for your love to blossom. You and your partner start life together, form your daily habits together and develop your likes and dislikes together unlike those couples who struggle to adopt each other’s lifestyle , when married late.

2) Finance Management : Since you both start at a young age, you learn to look after your finances like a team. Money will never be ‘mine’ and ‘yours’, it will be ‘ours’. You both learn to stick to a budget and keep aside a certain amount of money every month in the form of savings. Also, it is not an easy task to make a career and look after the family or household. Moreover, it should not be an easy thing to feed the kids even after retiring. This will indeed be self-sacrificing throughout your life. Thus, it is important that your children should be older to look after themselves as you retire from your job. As a result, you will be financially stable that should be vital for the household.

3) No pressure to have kids at the earliest : Heard of the honeymoon years of a marriage? You and your bae will have immense time to enjoy and roam the world before the biological clock starts ticking unlike the couples who marry late and hence are constantly pressurized by their families to plan a baby. When they do, it will be the end of their happy moments of not having to worry about whose turn it is to take care of the baby, especially during the night.

4) Better Understanding & responsible attitude: Marrying early gives you your share of responsibilities hence making you a more responsible person when compared to unmarried people of your age. Since you both spend so much time together, you guys develop a great tolerance and understanding level towards each other This will also give an opportunity in developing a good sense of understanding of both partners. This will likewise give them strength emotionally to bring them closer to their family. It will provide more time for women to learn the household works and make them responsible daughter-in-law and wife as well. This will also be applicable for men

5) Role of Young Parents
When couples marry early, they will likely be parents to their children at their 30s. Thus, they will still be strong and able to be the young parents of their children. More so, parents who are younger can be considered cooler parents where generation gap will not be a big issue.

6) Time Play: No worries to miss Mr. Right! : Although marriage is a huge decision to make, it doesn’t require the perfect time. Thus, it can take place anywhere as it is clueless. Couples should get into the sanctity of marriage the moment they feel they are ready to do it. However, if you wait for marriage, it might cost you the right person.

7) Less Baggage in Life: Marrying at a young age can provide less baggage compared to those who marry later in life. Also, younger couples should have lesser complexities to be untangled which can result from failed relationships in the past. For some though, it is chastity that should be a more important concept in which the marital bed is the only place they would first have sex. However, they would have thought of marrying early instead of denying themselves the love and just getting frustrated as a result.

1) Compatibility Issues : Compatibility between the partners  have a huge impact on couples marriage. People who marry at a younger age have no idea about the partners prefrences. Thus, you will be pushed to live under one roof (if it’s not a love marriage) which may impact you mentally and emotionally, if it’s not a blissful marriage, which will eventually ruin your life..Though the time that you get to spend together after marriage more than makes up for the lost time before marriage. So,sometimes not knowing each other before tying the knot could unfortunately result in lack of compatibility and a failed relationship

2) Immaturity : Sometimes , in a case of love marriage at very young age when both partners are not mature enough and they fail to understand the commitments that marriage life demands. In India, it’s just not bonding of two hearts but bonding of two families.. Before marriage, couple fall in love with each other and feel the other person is best for them..And without, even settling their careers they decide to get married..But ,they get to know the bitter truth after marriage. In many cases of love and early marriages ,couples are not able to adjust with families or with each other as responsibilities in a relationship grows. Eventually, resulting in divorces!

3) Financial Security Issues : Most men who marry at a very young age are not settled well in life yet and not even ladies. Thus, when it comes at handling family responsibilities, it put lot of financial pressure on the men of house. Likewise, there will be difficulties that would arise in terms of financial insecurity when they will not have sufficient knowledge or qualification and definitely job opportunities will also be less. So, if both of the partners would not be financially stable, when they decided to take the plunge. It will result in drifts if things don’t work out as planned post marriage

4) Education & Fun : It’s not necessary that your education remains incomplete because of an early marriage. People do complete their studies even after getting hitched but in that case, they eventually miss out on the trademark fun of college days. Since you will always have to rush home after your classes, you won’t have the opportunity to hang out with your friends. Your partner will always be your priority. Also, it’s little difficult to maintain balance when you have kids and have exams, at the same time. Also, women can face the dilemma of having incomplete education. Indeed, it is basic education that is required early in life. For this reason, children must be properly educated at a very young age in order to avoid the complications of married life.

5) Higher Risk of Miscarriages or Abortions : Women who get pregnant early in life are more prone to abortions or miscarriages. This is because , they are not aware about things like bodily changes, proper diet and how to take care of themselves during pregnancy or they are not so mindful of things to avoid. Lack of proper diet can also be a cause of miscarriage.

6) Tendency to Make Compromises
When people marry young, especially the women, they tend to deviate from their chosen career. They would experience the worst as they would be compelled to become a dropout in order to give way for their babies and family. Likewise, husbands can be forced to compromise on rewarding opportunities for a job and training when they are required at home to take care of the family and the baby or the wife who can’t manage all alone.

Needless to say, life necessitates marriage to make a person complete. The choice may be done at an early stage in life or at a later age. However, the most important thing is to get married when there is stability of emotions and financial security. Now , as you all know about the pros and cons of marrying at an early age, take out time and ponder over it before you decide to get married at an early age. The right time to get married is one of the most critical elements in a successful relationship and you definitely don’t wanna go wrong with this one.

Benefits of getting married in young ageYoung Couples
0

Men Confess What They Really Want From a Relationship 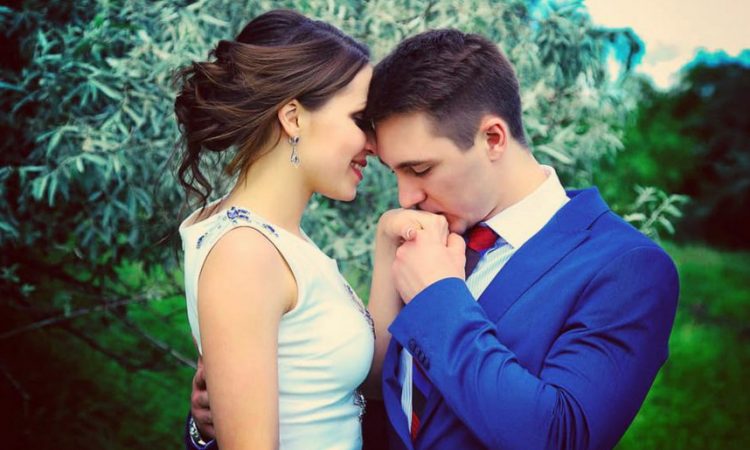 8 Behaviors Men Show When They Love You Truly 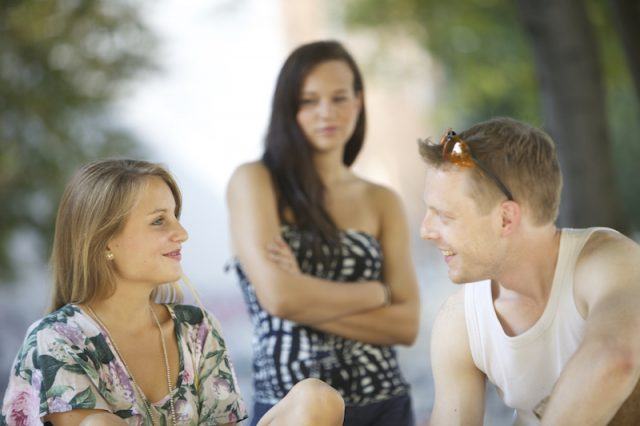