Notes of St. Joseph College, Bengaluru provided the horrifying contents in notes stating “dowry helps ugly girls to get married”  as advantage of dowry who otherwise would have gone without a partner. It gives an opportunity to ugly girls by offering heavy amount of dowry.

Undergraduate students were given photocopies from a book that listed these benefits of dowry. 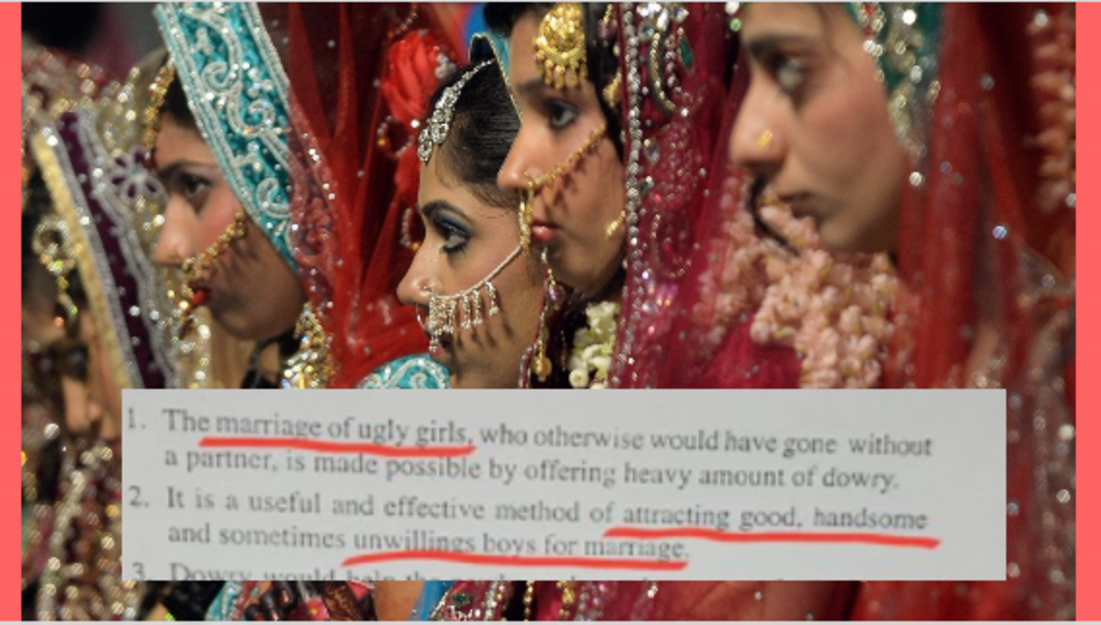 Despite teaching the disadvantages of dowry, institutions in India are now providing its benefits. Accordingly we are no longer left with the need of educating ugly girls. Poor families who can’t afford dowry for their girls and even don’t have beautiful daughters are now left with no choice to marry them. Marriages based on dowry concept have no place for love and understanding between the couples. Those marriages takes place only for one or the other greed and not with any attachment to the girls.

Dowry has been illegal in India since 1961 still the education system in India proves such practices a good one. They’ve also given some more advantages being it a useful and effective method of attracting good, handsome and sometimes unwilling boys for marriage. Despite knowing the fact that one woman is murdered for dowry  in every 20 minutes, we have now got the study material giving its advantages. It’s such a blot on the Indian culture. 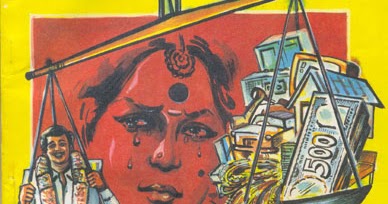 Education should be on the first most importance in one’s life. Lauryn Hill, an American singer, songwriter, rapper, and actress is a true example who puts self dependency much above than ugliness and dowry.   If this continues in India, truly we have got a long way to go. Sometimes it becomes difficult to understand whether we Indians are moving forward with the growing world or are lacking behind because of these atrocities.

Life Of Women In Indian Villages

Gender Equality In India, Do You Feel So?

Being a housewife is a thankless job in India