Not only does coffee keep a lot of us sane, but it contains so many health benefits that we question why you wouldn’t want to drink it if you don’t already. Of course, it tastes better with a few teaspoons of sugar and cream, but sadly, the benefits come from straight up black, pure coffee. Sugar and cream don’t hurt every now and then, though.

Before we tell you about what happens when you drink coffee every morning when you wake up, we should mention that if you buy coffee, try to buy organic, fair trade when possible. Also, go for pure coffee without added, artificial flavors, as this will lessen the health benefits you get from drinking it.

So, why is coffee good for you, you ask? Well, get ready to feel even better about your coffee addiction when you find out why!

HERE’S WHAT HAPPENS WHEN YOU DRINK COFFEE EVERY DAY:

1. IT INCREASES YOUR METABOLISM.

This is probably the number one reason why people drink the stuff, anyway. There’s nothing quite like getting out of bed groggy and unprepared for the work or school day ahead, and then downing a cup of joe and suddenly feeling like an Energizer bunny. While the energy doesn’t last long, it can certainly help us start our day on the right note. Plus, who’s to say you can’t have a refill or two in the afternoon!

Studies have even found that coffee helps increase your metabolism after a workout! A study published in the Journal of Applied Physiology discovered that endurance athletes who had a cup of coffee following exercise had a 66 percent increase in muscle glycogen, which helps the body replace energy quickly after a hard workout.

Where should we start with all the brain benefits? Well, some studies have found that drinking 3-5 cups of coffee per day can decrease the risk of developing Alzheimer’s disease and dementia by as much as 65% in middle-aged men and women. Other studies have found that a daily cup of joe can decrease the risk of developing Parkinson’s disease by as much as 32-60%.

Also, drinking coffee can inhibit a type of nucleoside in the brain known as adenosine. Adenosine decreases the firing of neurons and the release of beneficial neurotransmitters such as dopamine, serotonin, and norepinephrine within the brain. Because caffeine blocks adenosine, it therefore increases the “feel-good” chemicals within the brain.

A groundbreaking study performed by researchers at the Harvard Public School of Health found that adult men and women who drank two to four cups of caffeinated coffee each day had a 50% lower risk of suicide compared to those who drank decaf coffee or no coffee at all.

In addition, coffee contains many antioxidants and beneficial nutrients such as Vitamins B1, B2, B3, and B5, as well as potassium and manganese.

All the nutrients and comfort you get from drinking a few cups of coffee a day will help you feel happier overall!

4. YOU HAVE A REDUCED RISK OF SKIN CANCER.

A study published in the Journal of the National Cancer Institute found that older adults who consumed four or more cups of coffee per day had a 20% lower risk of developing malignant melanoma, the deadliest form of skin cancer in the U.S. Researchers believe that coffee helps to reduce the risk of developing skin cancer because of the many antioxidants and phytochemicals in America’s favorite drink.

5. YOU ALSO DECREASE YOUR RISK OF LIVER CANCER.

Hepatocellular carcinoma (HCC) is the sixth most commonly diagnosed cancer in the world and the third leading cause of cancer deaths. HCC makes up about 90 percent of all liver disease reported.

Just one cup of joe per day may decrease the risk of HCC by 20 percent; two cups by 35 percent, and four or more cups by 50 percent. (The FDA recommends no more than 400 milligrams of coffee daily – or four cups.)

Dr. Peter Hayes, a medical professor at the University of Edinburgh, says, “We have shown coffee reduces cirrhosis and also liver cancer. Coffee has also been reported to reduce the risk of death from many other causes. (In moderation), coffee can be a wonderful, natural medicine.”

According to a study led by researchers at the Harvard School of Public Health, people who had one more cup of coffee per day than their normal amount over the course of four years had an 11% lower risk of developing Type 2 diabetes compared with those who drank the same amount of coffee as normal. What’s more, the study discovered that those who decreased their coffee consumption by more than one cup per day increased their risk of Type 2 diabetes by 17%.

Now that you’re armed with all this knowledge about the benefits of coffee, we hope you will continue enjoying this delicious, medicinal drink, or get on the bandwagon and start indulging! 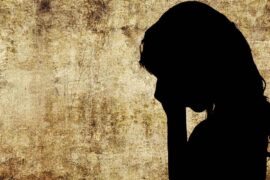 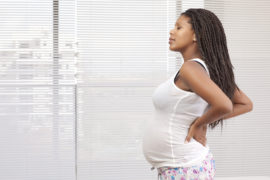 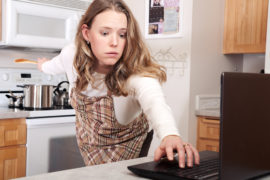