Most little girls dream of gliding down a runway in a flowing gown and a glittering crown. Most grown-up girls know they’re not beauty queens and mutter under their breath about “those airheads competing on stage.”

I’m one of those “airheads” who has stood under the floodlights with a pasted-on smile. And though I never sauntered away with a crown perched on my head, the experience was invaluable

The first thing that comes to mind when we hear the word “beauty pageant?” we think about tons of glitz and glams. As for me, I think about an experience that helped me step out of my comfort zone and grow into a more confident individual.

Goal setting, “can do” attitude, and performance under pressure all while wearing heels.

Being part of mrs india earth was a challenging task for me…
They are judged on a behind-the-scene interview before the start of the pageant, a speech given on any topic they choose, a talent or demonstration, a walk across stage in their gown, and their answer to a random question. I was given the opportunity to participate in this pageant, and it was one of the most fun and memorable experiences I have to date.

Anyone who knows me knows that I am not exactly the most outgoing person around. I like to keep to myself, and I don’t usually do things that are outside the comfort zone. However, when presented with the chance to compete in the Mrs India Earth 2017 , “What is the worst thing that could happen?” and I decided to sign up. In the beginning, I was really nervous about it for several reasons. First, I was worried the other girls would think I wasn’t good enough to be part of the pageant. Second, I absolutely wear Western clothes,dance etc (I was terrified). Third, I have not always been the most comfortable person in front of big crowds, and I worry about just being myself sometimes. But, I pushed past all the nervousness and ended up having the best time. 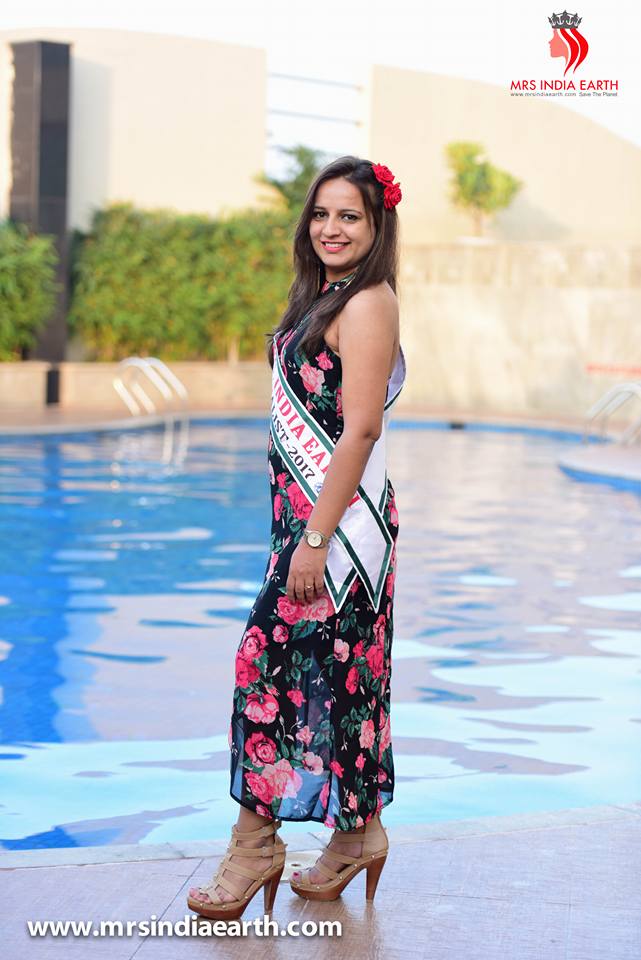 I realized that the directors who run the pageant don’t judge anyone, and they welcome everyone into their little Pageant family. I got to know girls who I otherwise might not have talked to at school and always had a good time with them at all our meetings and events. We all supported each other and tried helping each other out whenever we could, so it was often easy to forget that I’d later be competing against all of them. I learned to just laugh at myself when I dance and embrace the awkwardness I felt. Also, we weren’t even judged on that part, so I just had to have a good time with it. I looked past the fear of the crowd, mainly because it’s so bright on stage you can’t even see anyone in their seats. I was able to gain a huge piece of confidence in myself to just let people see who I really am and be me. Overall, I was able to learn a lot and gain valuable life lessons and skills from participating in this pageant. I just opened up and went for it. I had a lot of fun walking up on ramp no matter how bad it might have looked, I gave a speech completely from memory on a topic I feel very strongly about, I played “Amazing Grace” on the clarinet which was the first time I had ever done a solo in front of a large crowd, and I smiled my hardest as I walked across the stage wearing a beautiful dress. Throughout the pageant, all of us girls cheered each other on, wished each other luck, and encouraged one another backstage the whole time. It was so enjoyable to be alongside all those girls, and I will always be thankful for the experience they helped me have as I participated in the pageant. 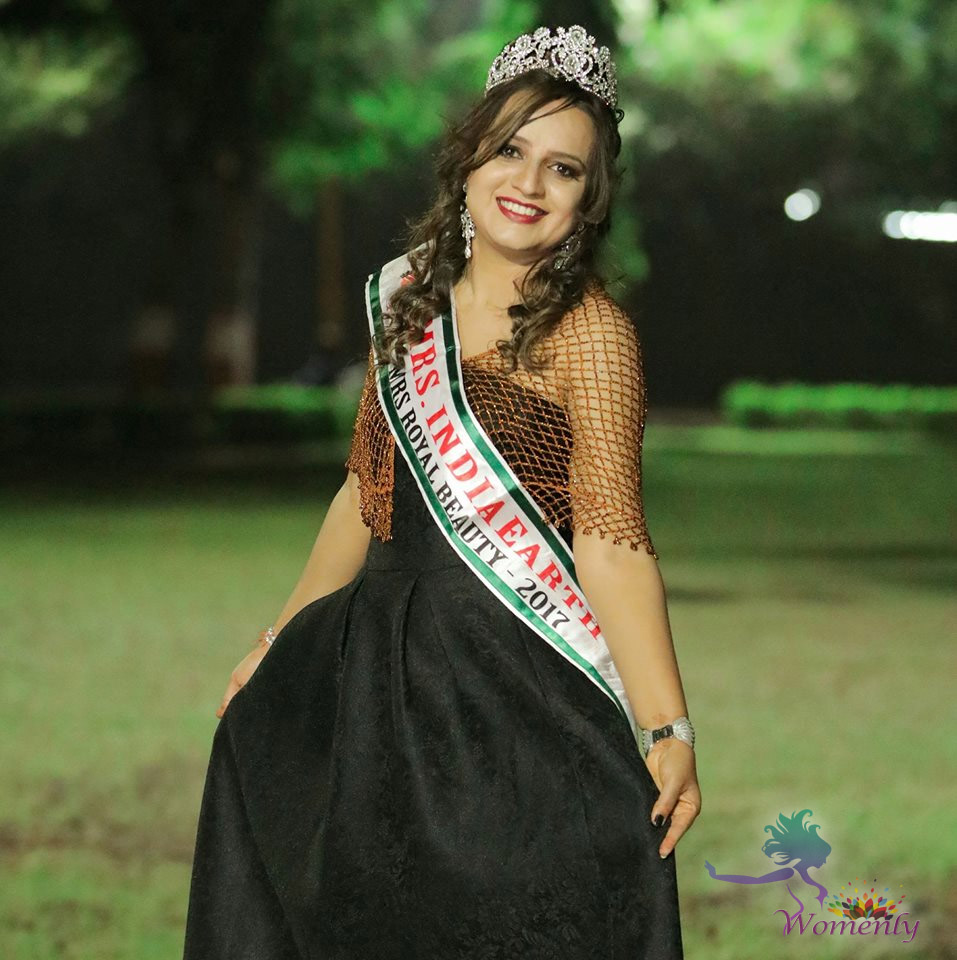 It truly isn’t all about the competition and winning the crown, it’s about being yourself, making the most of the experience, and creating friendships and memories that you’ll remember forever. No matter how it all ends up, you should be so proud of yourself for putting everything you had out on the stage and giving it all you have to represent yourself and your hometown. Don’t let nervousness or fright of stepping out of your comfort zone deter you, because you might miss out on something extremely special, or totally surprise yourself like I did.

So, to any girls who have participated or will participate in mrs India earth Pageant, I hope it means as much to you as it did to me, and I hope you would had/have just as much fun as I did and that you fully soak it in and love the atmosphere of it.

An educator, a dancer and a sports women responsible for herself and those under her care traditions and cultures are her strength