When you look at the stars and the galaxy, you feel that you are not just from any particular piece of land, but from the solar system”– Kalpana Chawla

There is no shortage of stories of people making it big from nothing or to riches from rags, but hers is one of the most wonderful ones. From the small town of Karnal in Haryana to space, Kalpana Chawla’s journey is not only remarkable but is also an inspiration.She hailed from an orthodox society where girls seldom become the reason for celebration. So, that is the power of dreams – one cannot shackle them. So, she is truly the nation’s beloved astronaut  and an embodiment of achieving one’s dreams.

Born on March 17, 1962, Chawla was the youngest  child  ( four siblings) of Banarasi Lal Chawla and Sanjyothi. Her name means imagination. She grew up in an environment where hard work was encouraged. She was a precocious child and confident, outgoing girl with a natural curiosity, independent ,creative & imaginative nature and  also, had delight in discovering how things worked. During career discussions with her peers, she would always point to the sky and say, ‘I’m going to fly!’ She completed her schooling from Tagore public school Karnal, engineering from Chandigarh in 1982 and further pursued her M.Sc. in Aerospace engineering from Texas University in 1984.

She got interested in flying after seeing her idol JRD Tata who was a great pilot and a leading businessman. Kalpana Chawla, who had dreamt of being an aerospace engineer from an early age, said she was inspired by seeing anybody who gave their best to something. So, she was really the Indian Braveheart, Who Died Living Her Dream.

She met and married Jean-Pierre Harrison, who was a flight instructor. It was from Harrison that she learned how to fly a plane. Chawla was licensed to fly single and multi-engine land airplanes, single-engine seaplanes and gliders and was also a certified flight instructor. 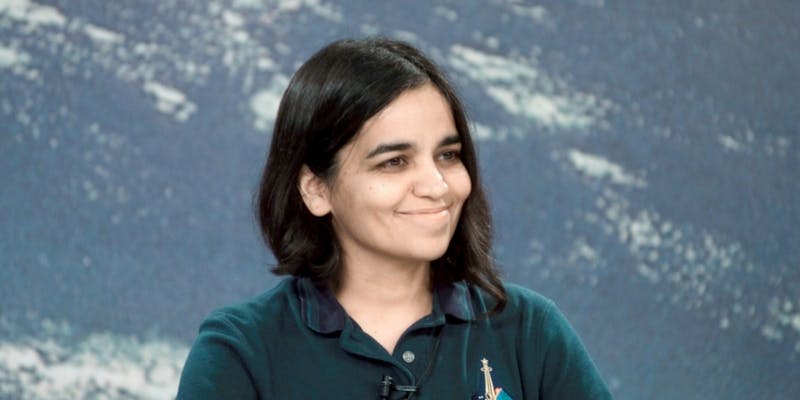 She started working at Ames Research Center of NASA in 1988 & was chosen in 1994 by NASA in the 15th group of astronauts for space flight. After her training at Johnson space Center for one year, she was recruited for technical jobs which included, development of Robotic equipment and testing in Shuttle Avionics Integration Laboratory.

Her First Mission in space was for 376 hours and 34 minutes, travelling over 10.4 million miles in 252 orbits of the earth, (19 Nov 1997 to 5 Dec 1997) from flight STS-87 Columbia. Her experiments there were based on how zero gravitation mode affects the physical activities. While traveling in the weightlessness of space, she said “You are just your intelligence”.

“Chawla was the first Indian-born woman and the second Indian person to fly in space, following cosmonaut Rakesh Sharma who flew in 1984 in a spacecraft.”

In 2000, Chawla was selected for her second voyage, & the mission was delayed several times, up till 2003 when on 16th Jan, her last space flight with space shuttle Columbia The crew of seven went on a 16-day mission and conducted over 80 experiments in two days. It was totally based on science and research.On the morning of February 1, 2003, the space shuttle was intended to come back and land at the Kennedy Space Center. Upon launch a briefcase-sized piece of insulation broke off and damaged the thermal protection system of the shuttle. As the shuttle entered the atmosphere, the pressure had deemed the shuttle unstable. The shuttle de-pressurised and blew up over Texas and Louisiana, killing all six astronauts along with Kalpana 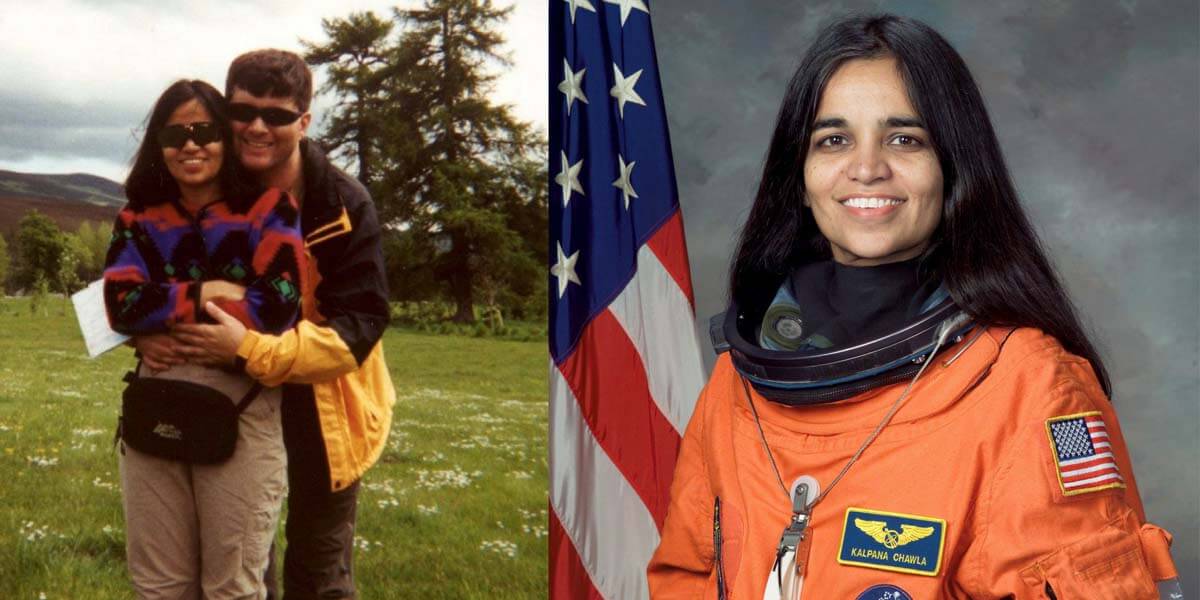 The Columbia disaster of 2003 is etched into the memories of every person who sat in front of the television that day to cheer the successful landing but was met with a rude shock. It has been 15 years now since the fateful day. The nation still loves her as ever. And she continues to inspire little children to break away from inhibitions, aim for the stars and settle for nothing less.

Dreams can be turned to a successful reality. One requires foresight, courage and regular hard work for the same. These words by her are truly a motivating factor for today’s youth.