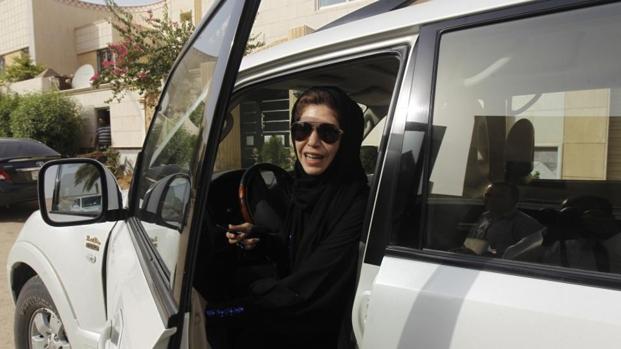 BEIRUT:
In 2011 Manal al-Sharif posted a video on Youtube driving in Saudi Arabia, during that time Saudi Arabia was the only country that banned women from driving after which this brave woman became the face of the women’s driving movement.
Two days later she was arrested and detained for about a week.
Women activists have campaigned and protested to be allowed to drive for over 25 years which also brought arrests and harassment further daring by taking to the road, appealing the king and posting videos of themselves on social media while driving.

When Saudi King Salman on Tuesday declared that, women must be allowed to drive, Al-Sharif who is now living in Australia was delighted. This concluded long-standing stain on the global image of Saudi Arabia, the order is to be enforced  by June 2018.

But the campaigner said the battle is not over, with a major setback for women in Saudi Arabia that needs to “disappear”.

“Abolishing the male guardianship – period. You can not empower women to become anything in your country if she still needs a man’s permission,” said the 38 year old and working  woman; al-Sharif, a single mother with her own car and a United Arab Emirates driving license.

“My government until today did not name an age where I am an adult. That is the first thing they should do,” al-Sharif told the Thomson Reuters Foundation via phone from Australia.

Although al-Sharif said more needs to be done to empower women in the kingdom and give the women their “basic human rights”
The activist said she is now looking forward to getting back into the same car she drove when she was arrested in Saudi Arabia and heading out in the kingdom’s streets – this time legally.